Wear a Hat for a Day for BTAA

The creation of a spectacular Christmas lights display by a Canberra couple has given a much needed boost to the work of a national support network for brain cancer patients and their carers.

In presenting a cheque for $3,300 to the Chair of the Brain Tumour Alliance Australia (BTAA), Katherine Hindson, the Harrisons said they hoped this support would help extend the BTAA’s work of providing crucial and timely support and services to those affected by this disease. A further $558 was donated directly to BTAA by visitors to the light display.

‘We feel that the lighting display brings happiness to families at Christmas and it is our way of giving support to others in our community suffering from brain cancer or who are disadvantaged in other ways, ‘ said Kay and Roger.

A total exceeding $8,000 was received from donations made by visitors to the display, including the sale of Christmas craft items that had been mostly made by Kay and a small group of helpers during the year

Through the efforts of the Harrisons, the magic of Christmas brought happiness to hundreds of children and their families during December. Visitors were treated to a visual feast of colour inside and outside their home in Gowrie. The lounge area was filled with figures of Santa and other Christmas-themed animated toys that enchanted kids of all ages.

Brain Cancer has one of the worst survival rates of any cancer, with an average five-year survival rate of just 25%. It is the leading cause of cancer death in Australia of children aged under 10. And of much concern there has been no clear improvement in survival rates in the past 30 years. Each day another six cases of brain and central nervous system cancer will be diagnosed while another four people will die from the disease.

Kay and Roger Harrison have also directed funds from the Christmas lights display to an Orthopaedic Centre for children in Ghana, the Cancer Council ACT, the planned Wellness Centre at the Canberra Region Cancer Centre and the Chamberlain Foundation. 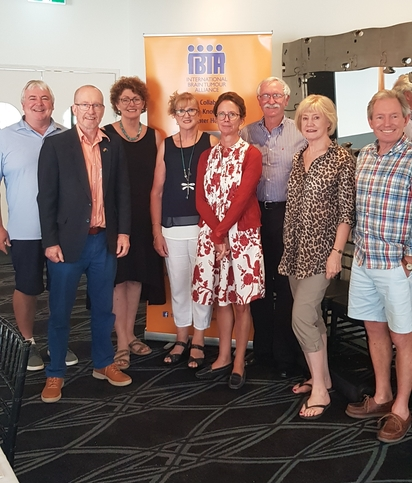 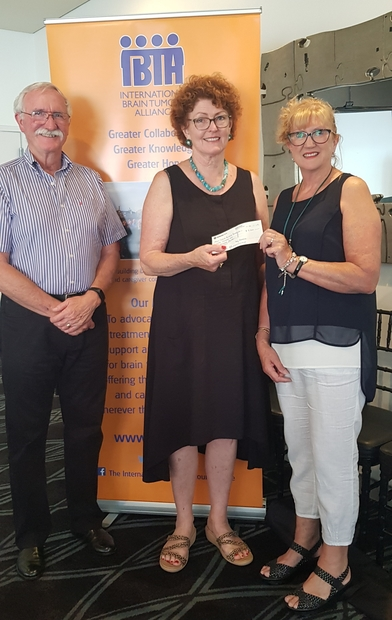 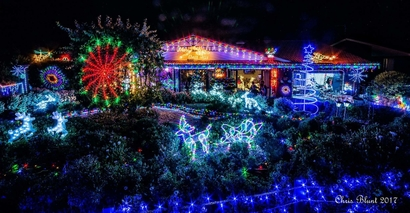 The fantastic Christmas Lights display at the Harrison residence in Canberra