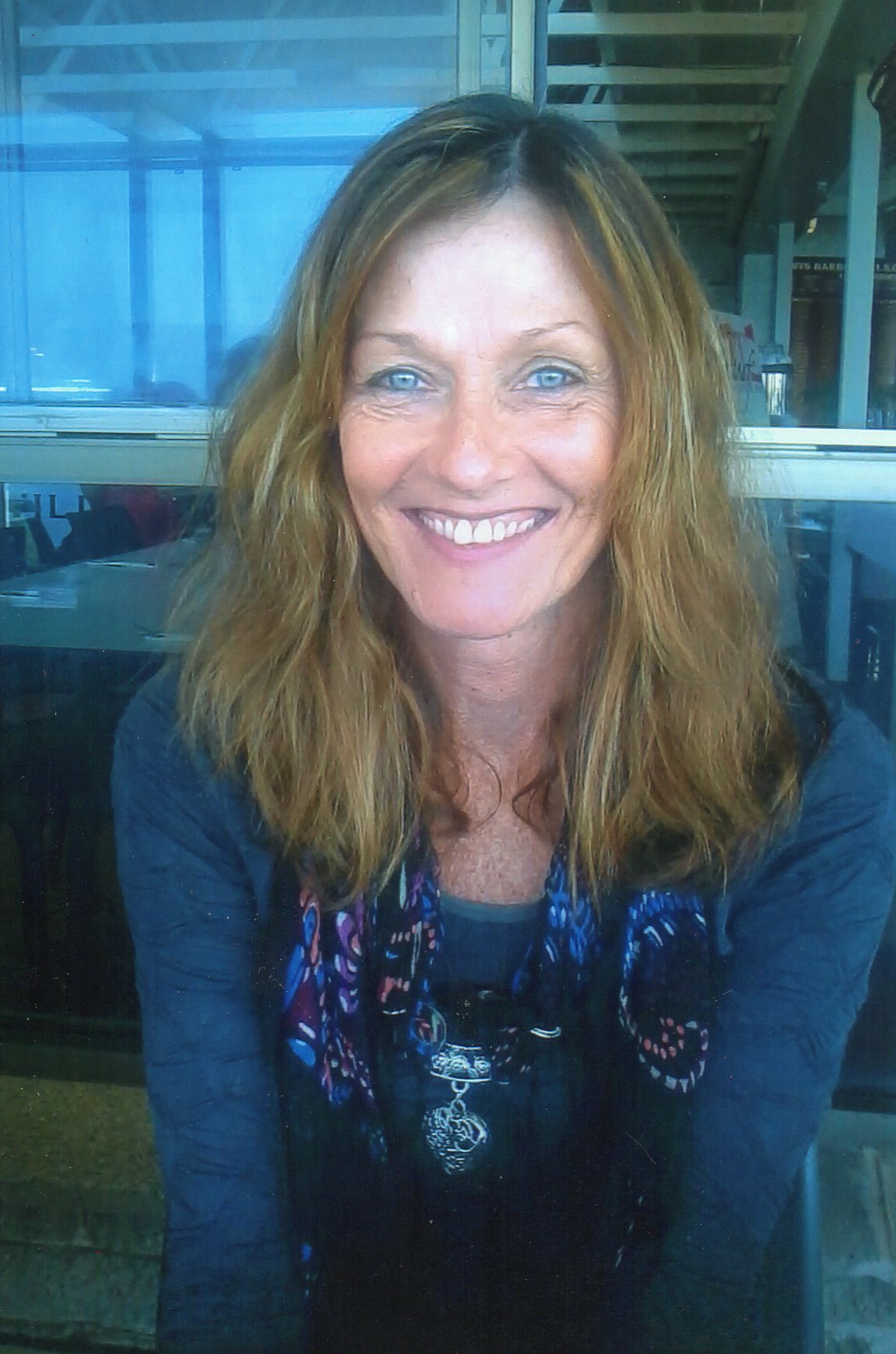 Jenelle Ramstadius was the mother of my four children and was my wife for 27 years. It is difficult to summarise what made her such an inspiration to our family and her friends, but some background on the first few weeks of her GBM battle will give you some insight. Her stoicism and positivity in front of the children over the 20-months of her subsequent brain tumour journey were mercurial, and inspirational at the same time.

It was Monday 19th October 2015 and I had just flown back from my FIFO work in the Northern Territory the previous evening. I was looking forward to some much-earned R&R, when Jenelle received a call from the retail outlet she worked part-time at, to come in and cover the lunch period for another employee.

It seemed like almost immediately, but it must have been the best part of an hour later, that I received a call from her work saying she had been taken to hospital in an ambulance and was having trouble speaking.

Once she was settled into the Casualty Ward I was allowed in to see her. She was a little disorientated and could not really speak. I received a briefing from the paramedic while the nursing staff and Resident carried out a number of preliminaries. Her symptoms appeared to mimic those of a stroke, but then she had a focal seizure while she was being tested on her ability to visually track objects across strong light.

Following a skull X-Ray and a CT scan, a lesion was identified in the region of her left temporal lobe. An MRI confirmed this and then began the process of stabilising her and developing a plan of action. At this stage, the ‘lesion’ was variously referred to as being possibly a cyst or a tumour, and we were advised only a biopsy would confirm this. The attendant doctor recommended that she be transferred to John Hunter Hospital in Newcastle to access a neurosurgeon.

As luck would have it, this was not Jenelle’s first neurological disorder. We had already been dragged through the mire of a benign meningioma on her spinal cord. Dr Nicholas Little had successfully carried out a laminectomy and resection of the meningioma in 2012 at North Shore Private Hospital in St Leonards. This tumour was situated at about the centre of her back.

After a number of false starts, Jenelle finally arrived in Sydney by air ambulance on the Thursday evening, after an eventful flight where she amused the paramedics and hospital receiving staff with her apparent good health and chatty demeanour, apparently due to the effects of her dexamethasone.

She was pencilled in for surgery on Dr Little’s operation list for late Friday afternoon if space was available. This did not prove to be the case and it was pushed back until the Monday morning. This would also give time for an additional MRI to be taken to assist the proposed biopsy/surgery, and for the natural remedies (fish oil etc) Jenelle had been taking to dissipate in her system. These apparently have blood-thinning characteristics.

The operation, (as it turned out, the surgeon was keen on removing as much of the tumour as he could during the initial craniotomy) took just on two hours. Jenelle was conscious in Intensive Care inside 30 minutes and was looking for her phone inside the hour. She was taken back to her room in the ward that afternoon. The surgeon called in after theatre and advised that it was a ‘primary tumour in the left temporal lobe about 3cm in size’ and he had ‘got all of it, with just some other smaller tumour cells in other locations remaining’ which he ‘did not want to disturb’. He had stated that he ‘was pretty sure he knew what she had’ but we would need to wait for the histopathology report and the tumour’s ‘name’ before a plan of attack could be developed. One of the tests involved observing the tumour’s rate of growth over time. Jenelle asked if she could have a wine with dinner, which seemed to surprise the surgeon a little, but he agreed. The nursing staff organising her meals were similarly taken aback but on checking made sure she had a small bottle of red, which we shared in the room.

Jenelle and I spent the next four days ensconced in her room mulling over what had happened to our lives and a path forward. I had flown all four children down to Sydney over the weekend to see their mother but they had all had to return to work or study at the start of the week. She had a post-op MRI the day after the surgery.

I had researched as much as I could about brain tumours in a very short time and was aware of what the most likely diagnosis would be based on her presentation, symptoms, tumour location, and the neurosurgeon’s post-operative comments.

About 2 pm on Friday 30 October the surgical team and nursing staff came to Jenelle’s room and Dr Little delivered the news we were both dreading. Her tumour was indeed a GBM and the next few minutes were a whirlwind of information and emotions. The surgeon’s registrar and the nurse were unable or unwilling to make eye contact as they listened to Dr Little speak to us and the feeling in the room was weird, yet strangely comforting. All knew the gravity and the terminal nature of the diagnosis.

A Glioblastoma Multiforme or GBM is classified as Grade IV brain cancer and is the most aggressive of cancers that begins within the brain. GBMs are characterised by the presence of small areas of necrotising tissue that are surrounded by anaplastic cells. This characteristic, as well as the presence of hyperplastic blood vessels, differentiates the tumour from Grade III astrocytomas, which do not have these features. A GBM’s histopathology will typically display the following four cell features; atypia (structural abnormality), mitosis (nucleus division – rapid increase in cell numbers), endothelial proliferation, (blood vessel growth to provide energy supply), and necrosis (progressive cell death or apoptosis).

The resident medical oncologist, Dr Helen Wheeler, and her neuro-oncology nurse practitioner, Marina Kastelan, were the next people to meet with Jenelle and discuss her proposed treatment and prognosis. Questions in relation to deferring the radiation treatment to allow a pre-booked family holiday in Phuket to be taken were met with raised eyebrows and a ‘we’ll see’. When Jenelle pushed the point she was met with a firm response which amounted to ‘you’ll need to do as you’re told if you want to maximise your prognosis’.

It quickly became obvious to us both that despite the high standard of care on offer in Sydney, the prolonged radiation and chemotherapy treatments would be best carried out at home in Coffs Harbour at the Mid North Coast Cancer Institute. She would have the necessary support network, and she would be able to rehabilitate in her own home. Long periods in Sydney alone, while I went back and attended to our youngest who was still at school, were not desirable.

Dr Wheeler and Marina were great and, with Dr Little, organised for oncologists with the Mid North Coast Cancer Institute to take over her cancer treatments. We checked out of NSPH on the Saturday morning and headed back north. The care provided by the surgical and hospital staff throughout her stay was tremendous. I had been cocooned by close friends in Roseville during her hospitalisation, though I did not leave the hospital in the evenings until very late at night.

We spent the next two weeks meeting with our GP, arranging appointments with the medical and radiation oncologists in Coffs Harbour, and getting Jenelle fitted for her ‘radiation mask’. She never missed an opportunity to tell any or all of the medical staff within earshot that the timing and completion of the radiation needed to ensure that she and the family could all still travel to Phuket as originally planned. Her initial radiation and concurrent chemotherapy treatments were carried out on Monday 16 November 2015. This meant that all 30 of the radiation treatments could be completed by Christmas, together with her concomitant chemotherapy regime (with just a couple of double-dose days). The proposed Phuket trip was timed to occur in week 3 of the 4-week rehabilitation period following radiation, prior to the commencement of the adjuvant chemotherapy.

The next six weeks were a blur of daily drives to the hospital, oncologist appointments, nursing appointments, a dentist’s appointment to replace a filling, a pre-radiation MRI, blood tests, and chemotherapy. Jenelle handled the radiation treatment very well and the claustrophobic nature of the mask was not a major issue for her. The fact that most radiation treatments were relatively quick - about 5-10 minutes – made this aspect bearable.

It was all just a precursor of what was to come over the next 18 months … but we did all get to Phuket, and the memories created on that trip are cherished by the family in her absence, as she was determined that they would be. 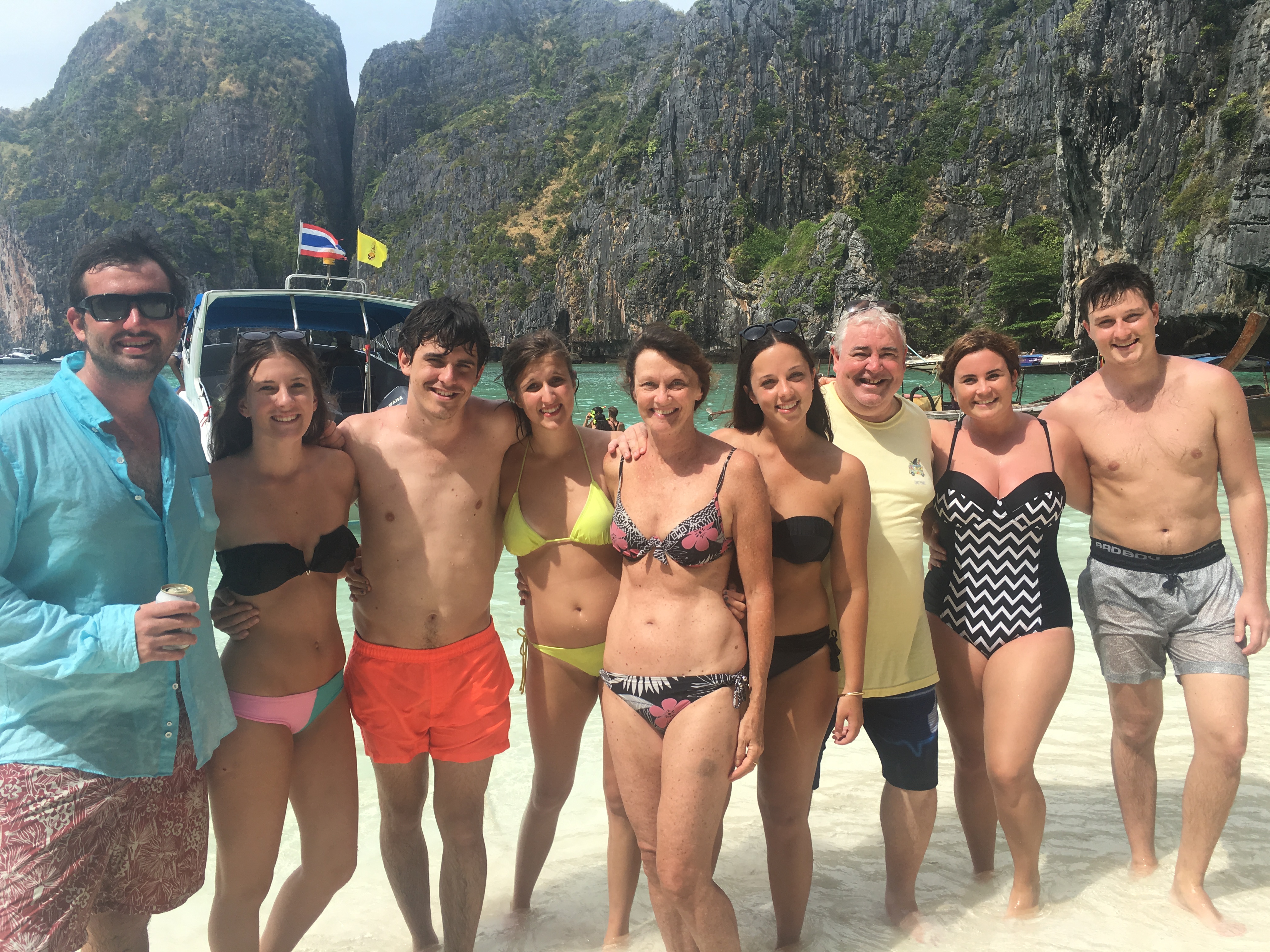 Since Jenelle’s passing, I have been actively assisting BTAA, firstly on Committee, and then as Website Coordinator, as I was keen to utilise the knowledge gained through my wife's journey to assist others.