An Inspirational 'Liv On' story from Lyn Phelan

Geoff Davidson has provided BTAA with a very detailed story covering his diagnosis, treatment and recuperation covering the period 2001 - 2014. The following is an extract. 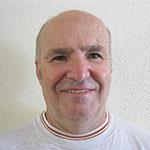 The Road to diagnosis

After radiation Geoff wrote about the advice he got from the radiation oncologist:

Thanks Geoff for your story.  A full transcript of Geoff and Susan's story is available upon request to secretary@btaa.org.au

**Primary Central Nervous Systom lymphoma is a disease in which malignant cells form in the lymph tissue of the brain and/or spinal cord. The lymph system is part of the immune system and is made up of the lymph, lymph nodes and vessels, spleen, thymus, tonsils and bone marrow. Lymphocytes (carried in the lymph) travel in and out of the CNS and in some cases become malignant.