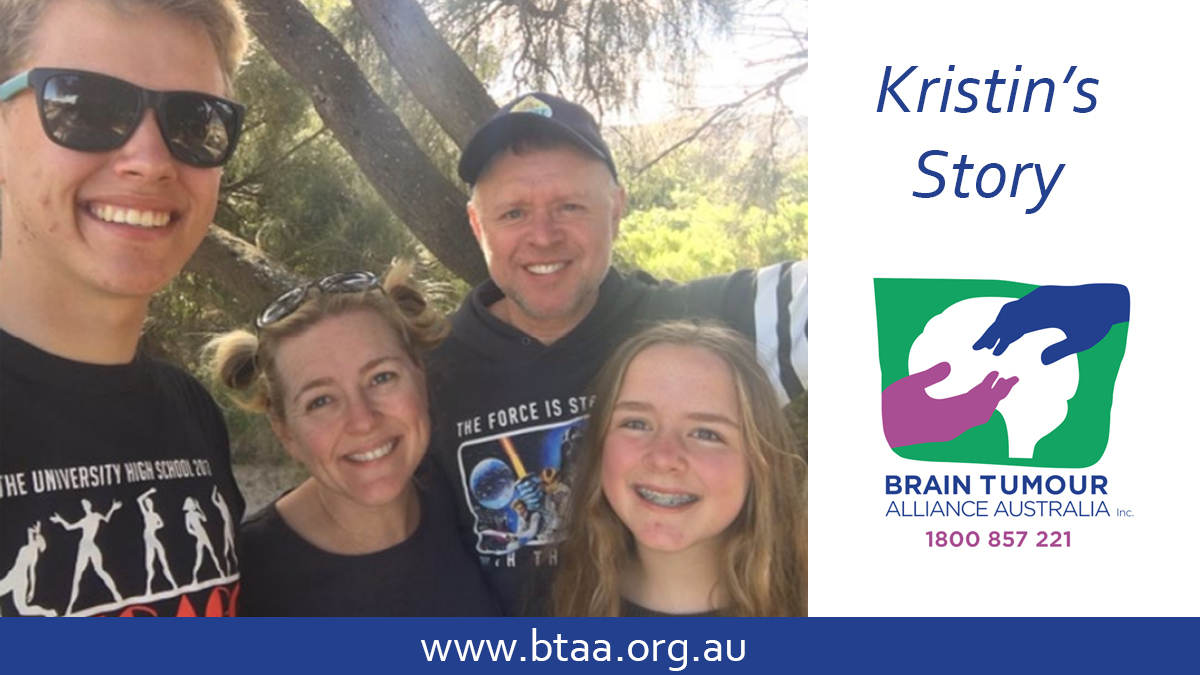 “You think your nurse is dying?” exclaimed my 19-year-old son, who was at my bedside in the Royal Melbourne Hospital ICU in early 2020.

Surgery had left me unable to communicate with my voice, so I had been trying a different communication method. I would “dictate” messages letter-by-letter; my husband, Tim, would recite the alphabet and I would squeeze his hand when he arrived at the letter I wanted to select. Then Tim would write the letter on a mini whiteboard.

When my son tried to put together one of these dictated sentences, it seemed I thought my nurse was in peril. Not the case! We all laughed.

And so I (a former newspaper journalist) learned precisely what it was to have a communication disorder.

Ultimately, due to the work with my speech pathologists, this would be overcome.

Rewind a week or so, one summer day in February 2020, an able-bodied me had literally skipped down a couple of stairs leading to a surgical floor of the RMH.

I woke up the next day — after neurosurgery to remove a benign brain tumour (meningioma in the cerebellopontine angle) — unable to walk unless two people supported me.

I was also unable to swallow safely, unable to make my voice heard, unable to co-ordinate the movements of my left arm, hand, and left leg, and unable to close my left eye. I had left-side facial palsy, I was nausea a lot of the time, and dizzy all of the time.

This was not the expected outcome of the surgery. What was expected, according to a pre-surgery consult, was: “One week in hospital, maybe a week in a rehab hospital, and eight weeks off work.” What transpired was 104 nights in hospital, about three weeks of those in ICU, some of that time on a ventilator; and permanent disablement.

However, I am writing this because, since my surgery, I have yearned to hear as many stories of recovery as possible. And this is part of mine, 20 months post-surgery.

In particular, I wish to highlight the stunning work of my speech pathologists.

I wish to explain the transformative impact of the highly skilled application of evidence-based practice using a patient-centred approach.

In the early in-patient days in the rehabilitation hospital, I was fed, watered, and medicated via an uncomfortable, albeit necessary, invention: a naso-gastric tube (NGT).

I went for months unable to have a drink of water (let alone coffee!).

We practised swallowing firstly on thick fluids, then ice chips, and then canned peaches and pears. We also did exercises. After several weeks, and a couple of video X-rays, I was allowed to eat five teaspoons of minced food at mealtimes.

Due to the slow progress of the recovery of my swallow, I had a permanent feeding tube (percutaneous endoscopic gastrostomy, or PEG, tube) surgically inserted into my stomach. I wondered if I would ever eat and drink normally again.

I was discharged with family support, doing 99 “chin tucks” per day, and with my primary source of nutrition and hydration being fortified milk drinks that I poured down my tube.

When my speech pathologist first told me about this swallow improvement regime, I thought: “Are you serious? Who does 99 repetitions of ANYTHING?”

As an outpatient, I participated in an intensive swallow-retraining program (via telehealth due to COVID) during which I had daily sessions and lots of practice in-between.

My speech pathologists coached me in eating variously, breakfast, lunch, and snacks — session after therapy session.

And we rehabilitated my PEG out. Imagine!

I now eat a normal diet and have no medical devices attached to my body. Happy days!

And then there was my voice therapy.

In this regard, I feel my in-patient speech pathologists were far-seeing. In hospital, I was pretty fixated on retraining my swallow, but my speech pathologists knew it was important to also rehabilitate my voice beyond the level I had reached, which worked well enough for communication in hospital.

During outpatient voice therapy we rehabilitated my voice from “severe dysphonia” to “mild dysphonia”. My voice is now “functional”.

All my RMH speech pathology was delivered by professionals who always put the patient first: How was I feeling? Is now/today an OK time for you to have therapy? Do you prefer peaches or pears? My therapists gave me as many choices as possible, making me feel as in control as possible in a health situation over which I had minimal control. They were endlessly encouraging and never gave up believing in my potential.

This experience reminded me of Brené Brown’s words in her book, Rising Strong: “We don’t have to do all of it alone. We were never meant to.”

If you would like to share your story with us, please get in touch, we would love to hear from you!

To return to the BTAA homepage, please click here.